In the recent Ray White EJ Whitten Legends Game a record attendance was achieved with 26,221 AFL Fans watching the Vics win over the All Stars. Vics star player would have had to be Brendan Fevola who kicked nine goals for the match and rightly taking out the player of the match. For the All Stars goalsneak Phil Matera kicked four.

The Vics suffered a huge blow early when their star forward of recent years Peter “Strauchanie” Helliar went down in a screaming heap with what could be a serious knee injury.

On the serious side, Ray White Cranbourne are proud to be apart of The Ray White EJ Whitten Legends game which commemorates the memory of EJ Whitten and raises funds in support of Prostate Cancer research.

We look forward to next years game. Check out the pics from the game. 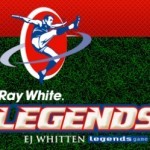 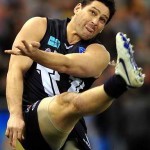 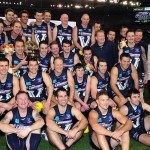 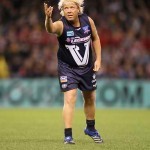 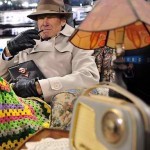 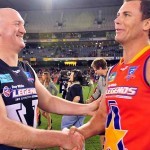 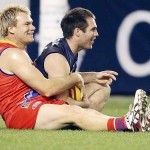 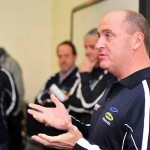